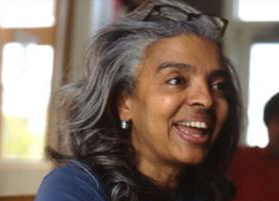 About seven years ago, Sian Hunter, at the time an editor at the University of North Carolina Press and now the Senior Acquisitions Editor at the University Press of Florida, heard a presentation that one of us gave on black reparations and urged us to write a book on the topic. In 2008, we jointly had written an op-ed for The Root called “The Big Payback,” which helped give us the confidence we needed to pursue and successfully bring such a project to completion. In December immediately past, we finally delivered the full manuscript to the Press. We anticipate that the book, titled From Here to Equality: Reparations for Black Americans in the 21st Century, will appear February 2020.

We hope that our book will introduce several new and important dimensions to the reparations conversation. We advance a case for reparations predicated not only upon the deep injustices of American slavery. In fact, we flinch when we hear references made, narrowly, to “slavery reparations.”

Compensation due to black Americans also must address the harms of the near century-long-epoch of legal apartheid in the United States, the Jim Crow period, and ongoing discrimination, economic inequality, extra-judicial police killings, and mass incarceration. A suitable program of black reparations must be directed at restitution for the grievous wrongs visited upon blacks in America both during the slavery years and after slavery ended.

A program of reparations should achieve three objectives: acknowledgement, redress, and closure. In a prelude to the extended discussion in our book, our article in The Root introduced each of these goals with the following description:

These three objectives are summarized by the acronym ARC, suggestive of the famous phrase that Martin Luther King Jr. borrowed from the 19th century transcendentalist, Theodore Parker, “The arc of the moral universe is long, but it bends toward justice.” We believe that the moral universe must be propelled toward justice. Black reparations can drive the nation, forcefully, in the ethical direction.

In addition, we are specific about the criteria for eligibility for reparations. To receive the benefits of the compensatory policy, an individual must demonstrate that they had an ancestor who was enslaved in the United States and, for at least ten years before the adoption of the reparations program that they self-identified as black, African American, Afro-American, colored, or Negro. In the current parlance, black reparations in the United States must be targeted to benefit “ADOS”, American Descendants of Slavery, who have a profound and long-standing claim for justice from the federal government.

The difficulty with Williamson’s initial declaration of support for reparations is her recommendation for a program amounting to $100 billion. Apparently, Williamson arrived at this sum by seeking an amount similar to the $89 billion commitment made by the German government to victims of the Holocaust. But $100 billion is far too low. Indeed, it is not clear why the sum of money assigned to compensate victims of a genocidal horror that largely took place over the course of five years is relevant to the determination of the sum that should be assigned to compensate victims of 242 years of the damages of white supremacy—242 years since the founding of the American republic.