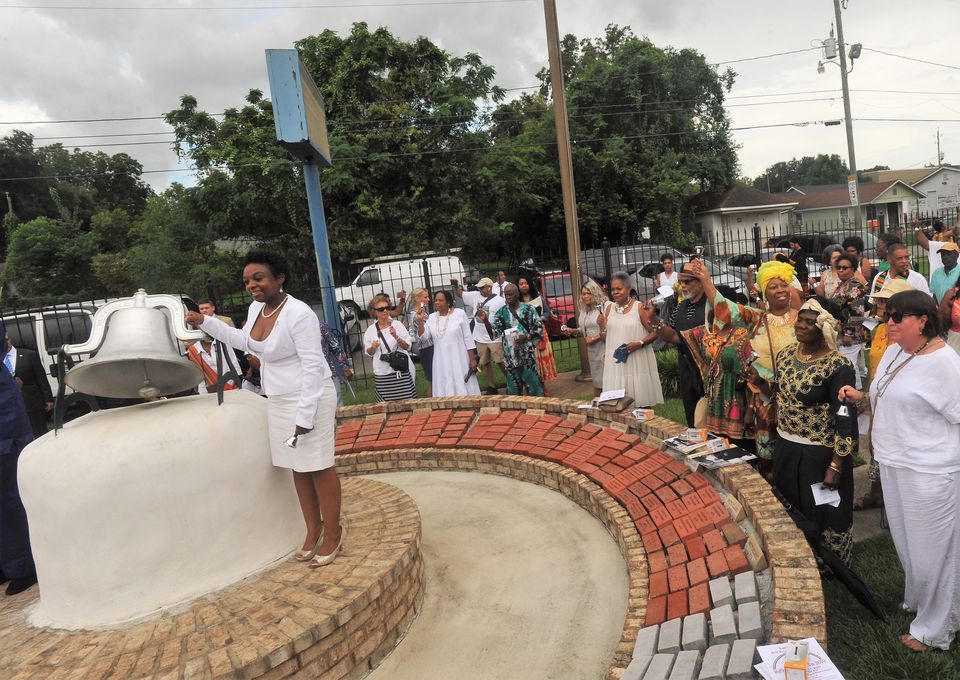 On August 25, 2019, the nation marks 400 years since the arrival at Point Comfort along the James River in Virginia of 20 and odd” captive Africans whose forced labor helped establish the first permanent English colony in North America. From their landing at Point Comfort, several were transported to Historic Jamestowne. To commemorate African ancestors and their descendants who have had a large share in building what became the United States, bells will ring across the nation.

This country’s history of the arrival of captive Africans and their contributions is shared with 51 other documented Middle Passage locations from New Hampshire to Texas and was, beginning in the early 1500s, the foundation of settling early European-controlled communities along the Atlantic and Gulf coasts. Forty-two of these locations, including Point Comfort, recently received the international designation of a “Site of Memory” associated with the UNESCO Slave Route Project. Significantly, bells will ring simultaneously at other Middle Passage locations. In Africatown, Alabama where the last African captives to arrive in the United States (1860) established their own community after the Civil War and emancipation, their descendants will acknowledge this common history.

The August 25th “Day of Healing” will be marked by bell ringing at 3:00 pm EST at Fort Monroe National Monument, Old Point Comfort, to represent each century of African presence in the U.S. since 1619. Bells have great symbolic meaning to many societies. The national bell ringing celebrates the value, persistence, strength, and courage of these ancestors and will enable all Americans to participate in this historic moment in the spirit of peace, freedom, and unity wherever they are and to share stories about the role Africans and their descendants in the history of the nation.

“This is a special moment in American history,” said National Park Service Superintendent Terry E. Brown of Fort Monroe. “Let’s unite as one on this day and show our appreciation for 400 years of African American history. We must embrace the West African concept of Sankofa, which teaches us that we must go back to our roots in order to move forward.”

Community leaders and officials from local, state, and federal governments will attend. A ribbon-cutting for the new visitor and education center park at Point Comfort takes place on Saturday, August 24, with the “Healing Day” ceremony to follow on Sunday, when Dr. Michael Eric Dyson will be the guest speaker. The occasion will be marked with a libation, music, and drumming.

The landing of enslaved Africans at Point Comfort and the various Middle Passage locations was a link in a chain of profound events that shaped the United States, yet this history is not widely known or appreciated. Commemorating that history honors the lives of these African people and their descendants, acknowledges their sacrifices, determination, and contributions, and encourages a re-shaping of the history with a more honest and inclusive telling of the story that will continue to unfold and inform.